Understanding the Sustainability of Fuel from the Viewpoint of Exergy

At the same time of providing a huge amount of energy to the world population and global economy, the energy resources themselves also release a great amount of emissions to the environment the world people live in. These emissions may include gaseous pollutants (e. g. SOx, NOx, CO, CO2, CH4, etc.) and ash compositions (e. g. Al2O3, CaO, Fe2O3, K2O, MgO, MnO, Na2O, P2O5, SO3, SiO2, TiO2, etc.). These emissions would cause some effects on the environment. For example, the released CO2 would absorb infrared rays from the sun and result in greenhouse effects, which would cause global warming and melt glaciers. The released NO2 and SO2 would react with water in air and form acid rain, which would kill the plants and fish on the earth. The emitted ash would become very small particles and fly into air, which would impair the lungs of people and pollute the water in rivers. These impacts seriously deteriorate the environment for the world population and in return they cause heavy burden on the global economy. Sustainability is therefore becoming more and more concerned, especially when the haze in China becomes heavier and heavier and the global environment becomes worse and worse.

Fuel (e. g. coal, oil, natural gas, biomass, etc.) is a very important energy resource, and it is quite different from the other energy resources like hydropower, solar energy, geothermal energy, wind power, wave power, and tidal power which mainly supply energy to the society whereas release no pollutants to the environment. Fuel, on the other hand, not only supplies energy to the society but also releases emissions to the environment. A comprehensive understanding of the sustainability of fuel from the viewpoint of exergy is still needed.

There are various statements for sustainability or sustainable development. Some of the statements are presented in this section.

The IUCN (International Union for the Conservation of Nature and Natural Resources) statement presented in the World Conservation Strategy (WCS) in 1980 (IUCN, 1980): the overall aim of achieving sustainable development through the conservation of living resources.

The WCED (World Commission on Environment and Development) statement or Brundtland Commission Report in 1987 (WCED, 1987): sustainable development is development that meets the needs of the present without compromising the ability of future generations to meet their own needs.

The statement presented in the Encyclopedia of Life Support Systems (EOLSS, 2002): the wise use of resources through critical attention to policy, social, economic, technological, and ecological management of natural and human engineered capital so as to promote innovations that assure a higher degree of human needs fulfillment, or life support, across all regions of the world, while at the same time ensuring intergenerational equity.

The statement adopted by Wikipedia, the free encyclopedia (Wikipedia, 2017): sustainability is the endurance of systems and processes. 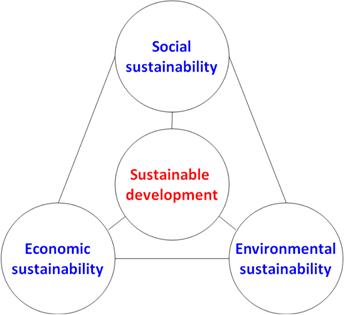 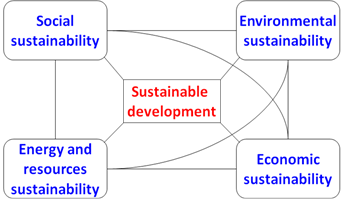 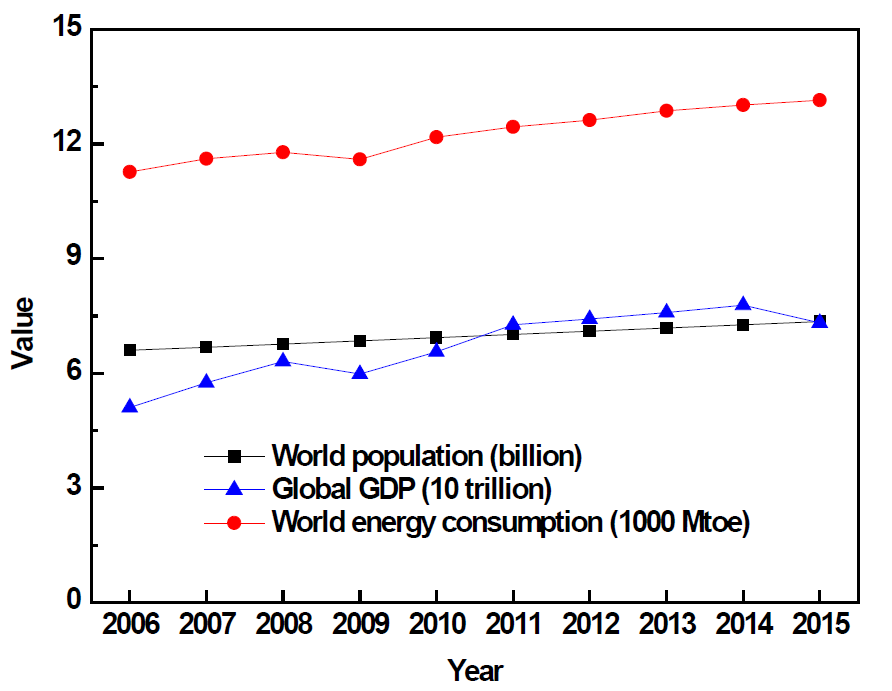 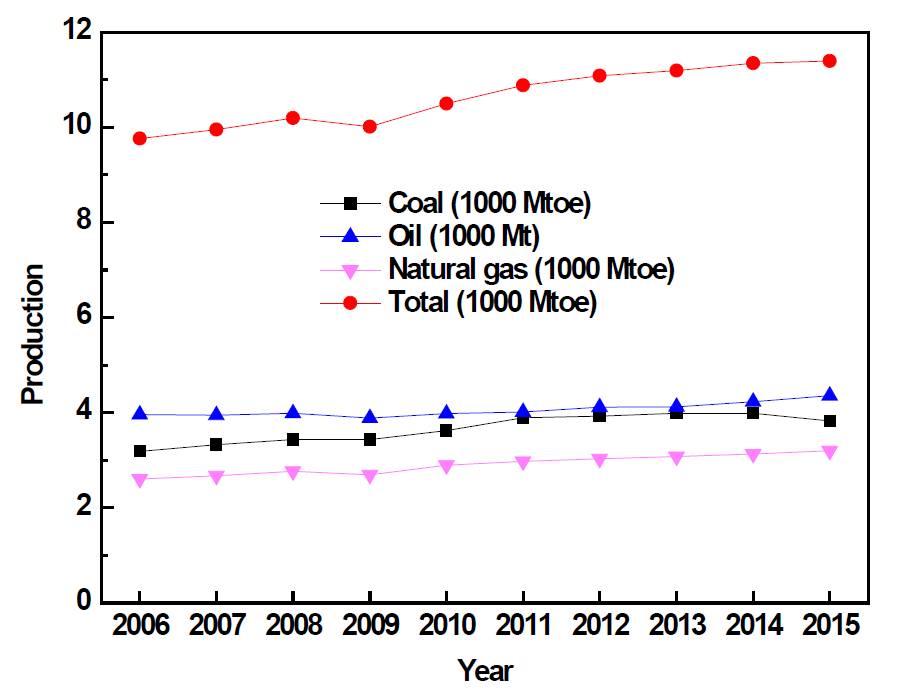 ENERGY FROM FUEL THROUGH EXERGY

There are some modern statements for exergy. Szargut et al. (1988) defined: exergy is the amount of work obtainable when some matter is brought to a state of thermodynamic equilibrium with the common components of natural surroundings by means of reversible processes, involving interactions only with the above mentioned components of nature. They also defined: exergy is the shaft work or electrical energy necessary to produce a material in its specified state from materials common in the environment in a reversible way, heat being exchanged only with the environment at temperature T0.

Similarly, Sciubba and Wall (2004) defined exergy as: the maximum theoretical useful work obtained if a system ‘S’ is brought into thermodynamic equilibrium with the environment by means of processes in which ‘S’ interacts only with this environment.

This multi-process thermodynamic model would yield accurate results whereas the calculation process is a little complex. Recently, many authors dedicated to working on the estimation of exergy for fuels. The related work can be accessed everywhere (Szargut et al., 1988; Szargut, 2005; Zhang et al., 2016b; Li et al., 2017).

ENVIRONMENTAL IMPACT FROM FUEL THROUGH EXERGY

At the same time of providing a huge amount of energy to the social sustainability and economic sustainability, the fuel itself also releases a great amount of emissions to the environment the world people live in. The energy contained in a fuel is mainly its chemical energy, and this energy can be obtained when the fuel is combusted (usually through combustion). This process can be illustrated by Figure 7. 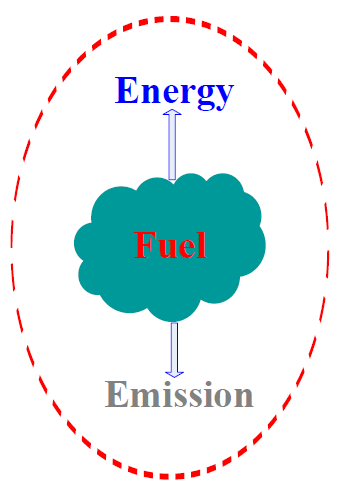 Table 1 shows the emission inventories for some common types of fuels (coal, crude oil, LPG (liquefied petroleum gas), fuel oil, and natural gas). Even for the easily combustible natural gas, SOx, NOx, CO, CO2, and CH4 may be released when the natural gas is combusted. Usually, these emissions may cause some environmental impacts on the environment, e. g. greenhouse effect, stratospheric ozone depletion, acid precipitation and photochemical smog as shown in Table 2 (Dincer, 2000). 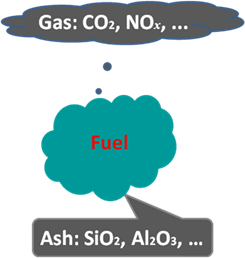 Exergy is the amount of work obtainable when a matter is brought to a state of thermodynamic equilibrium with the uniform environment reference (Szargut, 1980; Rosen and Dincer, 1997; Dincer, 2002; Rosen, 2009b), and it is an effective measure of the potential the matter impacts or changes the environment (Dincer and Rosen, 1998; Utlu and Hepbasli, 2004; Dincer, 2007; Koroneos and Tsarouhis, 2012). Therefore, some researchers suggested that the environmental impacts of emissions are best addressed by considering exergy (Rosen and Dincer, 1997; Dincer, 2000; Midilli and Dincer, 2010; Caliskan, 2015).

Since the kinetic exergy and potential exergy account for less than 0.001% of the total exergy of the emissions, they can therefore be neglected (Zhang et al., 2015 b). The physical exergy of an emission attributed by pressure and temperature differences is usually not significant and its potential environmental impact is limited as the pressure difference between the emission and the environment normally dissipates shortly after the emission enters the environment, and the temperature difference is normally localized near the emission source (Rosen and Dincer, 1999; Ao et al., 2008, Crane et al., 1992). The chemical exergy of emissions, therefore, appears to be a more representative index than their total exergy (Rosen and Dincer, 1999; Crane et al., 1992; Kirova-Yordanova, 2010).

Based on the emissions released from a fuel, the environmental impact of the fuel can be obtained by (Zhang et al., 2017):

The environmental impact of emission gases, PEIGas, is given by (Zhang et al., 2017):

As exergy is defined on a global uniform environment reference basis, the environmental impact of an emission demonstrated by its chemical exergy is therefore also on a universal basis (Figure 9). The methodology presented above overcomes the problem with the Greenhouse Gas (GHG) methodology which lacks a uniform reference basis and it therefore has difficulties in comparing the environmental impacts of different emissions. On the contrary, the methodology presented above can be easily used to assess the environmental impacts of different emissions including gaseous pollutants (SOx, NOx, CO, CO2, CH4, etc.) and ash compositions (Al2O3, CaO, Fe2O3, K2O, MgO, MnO, Na2O, P2O5, SO3, SiO2, TiO2, etc.). However, the universal exergy method also has some limits, e. g. it doesn’t refer to the toxicity or greenhouse effect of an emission.

As exergy has a triangle relationship with sustainability, energy, and environment as shown in Figure 10, exergy is best used to evaluate the energy quality of an energy/fuel resource, it at the same time can be used to help benefit the environment. 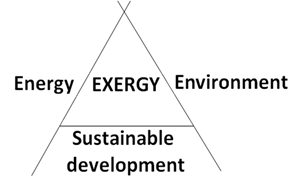 When exergy is used to evaluate the energy quality of a fuel resource, exergy efficiency can be used to assess the fuel convention and utilization processes. Figure 11 shows the relationship between the emissions and sustainability index (SI) of a typical process. To reduce the gaseous pollutants (SOx, NOx, CO, CH4, etc.) from a fuel convention or utilization process, one efficient alternative is to improve the process efficiency which is best evaluated by exergy efficiency (Rosen and Dincer, 2001; Kanoglu et al., 2009; Caliskan, 2014; Bilgen and Sarıkaya, 2015). For a general fuel convention or utilization process, the best way to reduce the environmental impact and increase the fuel sustainability is to improve the exergy efficiency of the process (Figure 12) (Rosen and Dincer, 2001; Rosen et al., 2008; Kanoglu et al., 2009). 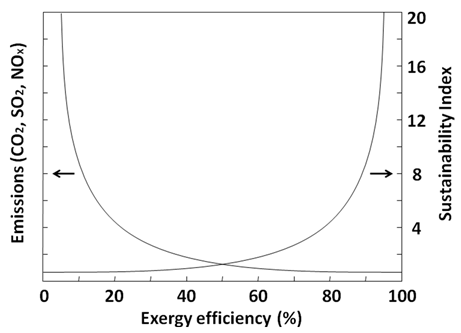 The financial supports from National Natural Science Foundation of China (No. 51606048), Harbin Science and Technology Research Funds for Innovative Talents (Grant No. RC2014QN008009), Fundamental Research Funds for the Central Universities (No. HIT.NSRIF.2015080), and China Scholarship Council (CSC: 201506125122) are acknowledged. The financial support from the Collaborative Innovation Center of Cleaner Coal Power Plant with Poly-generation is also acknowledged.